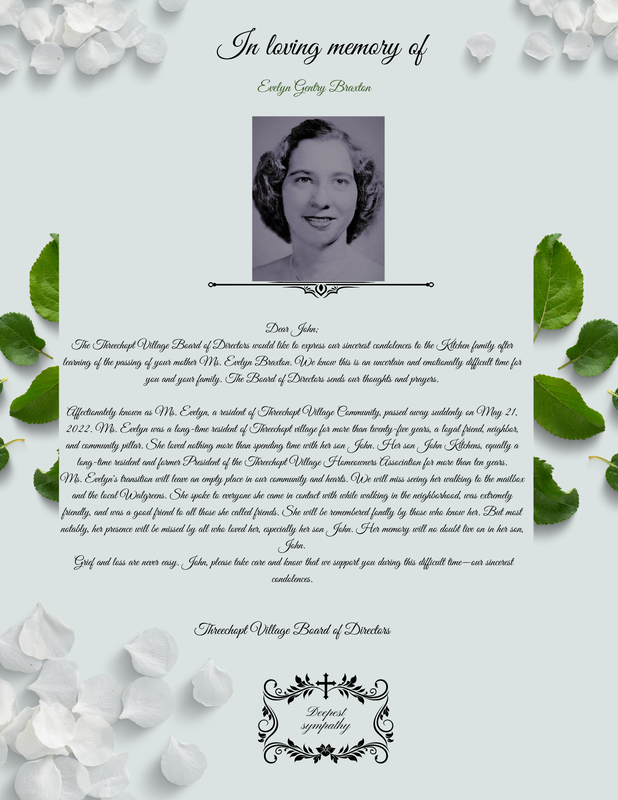 Carolyn Norris, TCV Board of Director 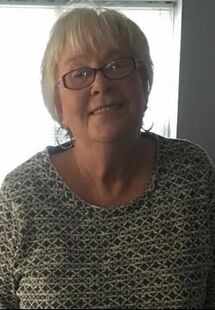 Carolyn Faye Lee Norris , a resident of Threechopt Village Community and former Board of Director
December 31, 1951 - January 19, 2019
Carolyn Faye Lee Norris, 67, died Saturday, January 19,2019. Born in Newport News Va, she was a lifelong Peninsula resident where she retired from Civil Service at Fort Monroe in 2006 after 34 years of service. She loved nothing more than spending time with her family and friends.
Preceded in death by her parents Willard and Ethel Lee, a brother, Michael Lee and one of her best friends, Judy Barnes; survivors include her one and only son, James Norris and his wife Toya Norris; four grandchildren, Eric, Zee, Chloe, and Zaine Norris; her niece, Corrine Lee-Robinson; great-niece, Ariana, two great-nephews Mikal and Jaylen Lee; and her two best friends, Marti Minwegen and Colleen Allen.
A memorial service will be conducted at 2:00 PM, Thursday, January 24,2019 in the R. Hayden Smith Funeral Home Chapel.
Memorials may be made to a favorite charity.

George Jerome Hinton, 71, departed this life on March 29, 2019.  Affectionately known as " Jerome" a long time resident and Vice President of Threechopt Community association.  A viewing will be held two hours prior to the service on Saturday April 6 at the funeral home.  A celebration of his life will began at 11 a.m. on Saturday, April 6, at Smith Brothers Chapel. Services of comfort entrusted to Smith Brothers Funeral Home, 545 E. Mercury Blvd., Hampton, 757-723- 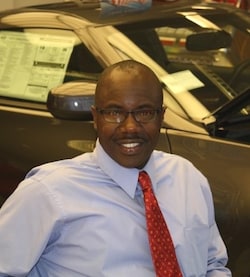 Kendall White, a resident of Threechopt Village Community  passed away suddenly on December 26, 2018.   Kendall was a resident of Threechopt village since August 1994 and remained a loyal friend, neighbor and a pillar of the community.      Always concerned about the safety of the Community, he was an active team player with the Neighborhood Watch Committee and watch block captain.  Kendall is affectionately known for his gardening, curb appeal and love for his cars.
Kendall’s transition will leave an empty place in our community as well in our hearts, we will miss seeing him jogging, gardening, washing his cars, his beautiful smile but most important his presence.
Services for Mr. White will be held 11:00a.m. Saturday, January 5, 2019 at New Hope Baptist Church 1415 Big Bethel Rd. by Elder Remone Lynch.   Interment will follow at Hampton Memorial Gardens.   Viewing for Mr. White will be held from noon until 6:00p.m. Friday, January 4, 2019...